What Is Multi-Threaded Sales + Why Does It Matter? 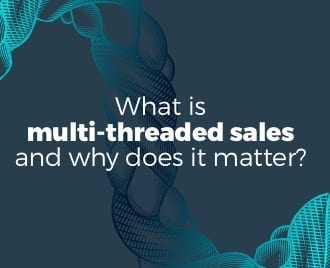 At this year’s Linkedin Sales Connect event in NY, one of the core topics was multi-threaded sales (leave it to salespeople to adopt a term historically used to describe the technical architecture of a CPU). This term may be unfamiliar (it was to me), but if you’ve been in sales for any amount of time you’ve been living in a multi-threaded reality.

As purchasing – especially in B2B organizations – becomes less centralized, so does the sales process. According to CEB Global, the average B2B sales deal now has 5.4 decision makers involved on the buy side. If you’re selling bigger-ticket deals to larger B2B orgs, especially those in tech, that number is usually much higher (10+ wouldn’t be out of the norm).

What is multi-threaded sales?

Multi-threaded sales are deals that involve multiple decision makers on the purchasing side. According to Linkedin, only 9% of sales deals are multi-threaded: said differently, a very small percentage of sales teams have multiple connections into any given client.

Multi-threaded sales goes both ways: not only are there more decision makers to connect with on the buy side, but as a sales leader you need to make sure multiple (as in more than one) people in your organization own those connections. Why? It’s all about minimizing risk, primarily with turnover.

The risks associated with single-threaded sales

The first area of risk is turnover at the client. If you only have one connection at the client organization and they leave, you’ve got a major problem. In fact, the likelihood that the person you sold to will leave that company within the next 12 months is one in five. Those aren’t odds to bank on.

Across the board, the tenure of top-level decision makers – VPs and CXOs – at a single company is less than three years. No matter who you sold or established connections with, chances are greater than not that they won’t be at that company within the next three years.

The second area of risk is turnover within your own team. What’s the likelihood that your representatives will still be with your company in the next 12 months? It’s even worse: on average, you’ll lose one in four representatives each year. Again, if that representative who leaves is the only one who had the relationship with the client, that’s bad (to put it mildly).

Not surprisingly, sales representative turnover directly correlates to years of experience. For those with 10 or fewer years of experience, the likelihood of turnover within one year is 33%. Those with 11+ years have a 21% chance of turning over. Regardless of who you hire, turnover is going to happen.

What happens when you combine turnover at your clients and on your sales team? 40% of your deals are at risk. So what’s there to be done? Chances are you can’t control turnover (at your company or the client), however you can control the number and strength of connections your team has with each client.

How to put multi-threaded sales to work at your org

Social selling is one of the simplest and most effective ways you and your team can establish multiple connections with every client. Tools like Linkedin SalesNavigator and EveryoneSocial are used in conjunction by sales teams at companies such as Genesys, HPE, Adobe, & Dell Technologies to do the following:

Sales organizations who embrace social selling and prioritize a multi-threaded approach will have the advantage. As the saying goes, the best defense is a great offense. You can’t stop change, but with tools like EveryoneSocial you and your team can get in front of it.

Seventy-three percent of sales professionals use sales technology to streamline their process, increase pipeline, and close more deals. Companies that… 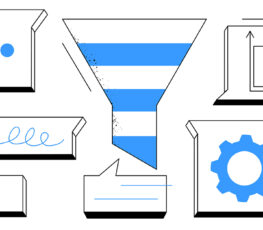 Content is content — as long as you’re producing it and they’re reading it, who cares what it’s about, right?… 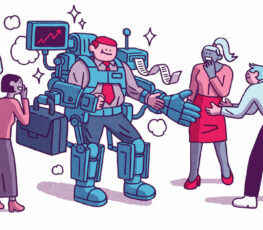 Social Media For Business: How To Optimize and Use Your Social Profiles for Sales

Facebook, Twitter, LinkedIn, and other social networks were once primarily personal tools, but today, social media for business is essential… 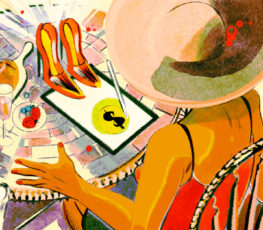