Behavioral Economics, Social Media, and You 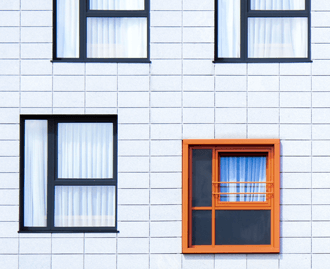 Traditional economic (market) theory assumes that human beings are rational, selfless, and can demonstrate restraint and willpower. But we all know that we rarely make decisions under these “perfect” conditions and even the most morally-sound of us often “cheat,” even if just a little.

Remember when you told yourself it was ok to sample some candy from the grocery aisle because you’ll end up buying some at some point later? Now, think back to the time you purchased a $400/month gym membership, only to take one spin class. You might even still be a member of said gym. Still paying $400 per spin class.

Do you ever wonder, why?

Behavioral economics help us understand why we postpone signing up for a 401k plan, why we continue to eat hamburgers even when we see a calorie count in front of us (yikes!), and why it’s difficult for us to establish good habits at the expense of switching up our physical and mental routines. Two Harvard Business School professors told Forbes that the best of us regularly make mistakes in our thinking, often knowingly making the wrong choices. Going back to that gym membership—it’s likely you’re well aware that you won’t be going tonight.

The foundational theories of behavioral economics can make you feel a little better about all the ill-fated choices you make daily, but they can also help us understand how and why we share on social media, and how we can leverage these basic human tendencies to establish a more effective employee advocacy program.

Brushing up on behavioral economic theory

If you’re not in an academic setting, you probably want a little refresher on what we’re talking about when we say “behavioral economics.” Let’s break it down:

In his book Thinking, Fast and Slow, Daniel Kahneman and Amos Tversky detail how our brains are constantly tapping one of two neurological Systems (creatively named System 1 and System 2 when it comes to making decisions. The latter is slow, analytical, and thoughtful; it’s the one that tells you that yes, you should sit down to do your taxes. This is your “rational” brain. The former does the “quick and dirty” work of reaching back into your memory to remember how you approached similar decisions in the past to make a fast recommendation for how to handle an immediate, often time-sensitive, decision.

So why do we so often make irrational decisions? The short answer is that System 2 is often “lazy” accepting System 1’s shortcut decision-making approach. Other theorists, including Dan Ariely, have since conducted extensive research to illustrate just how much our decisions are “subject to cognitive biases, emotions, and social influences.” It’s easy to knowingly avoid tax-time when a big game is on and a friend hands you a beer.

Smart marketers have long been tapping the brilliant minds of behavioral theorists to incentivize consumers to participate in contests, buy products, and switch brand allegiances. Here’s what we can learn from them.

Creating an effective employee advocacy program is rooted in the participation of employees and while most happy employees—in theory—should want to reach out to their networks, many don’t. That’s behavioral economics in action!

Perhaps the most important first step to setting up an employee advocacy program is to incentivize employees to actually participate. The hyperbolic discounting model of economics suggests that “given two similar rewards, humans show a preference for one that arrives sooner rather than later.” I can relate: I’d rather have one ice cream cone now than two later. But it doesn’t actually pay to simply bribe employees to share—even with ice cream.

Instead, focus on creating content that’s more compelling to share now than later. Examples of this include content concerning current events, events that are on the horizon, and other topics that are in the forefront of peoples’ minds. Consider other reasons why we share and leverage these opportunities.

Flickr co-founder Caterina Fake said, “Social software is both the creator and the cure of FOMO.” That’s fear of missing out (FOMO), for those of you non-millennials. A core tenet of behavioral economics is the idea that our decisions are often affected by what everyone around us is doing. When everyone in your network is sharing pictures of the company off-site, you’ll find that you’ll want to share, too. It’s crowd mentality.

Once you have a handful of employees regularly posting and sharing, be sure to spread the word to the rest of the team: “Hey, check out Sandra’s latest blog post; it’s getting tons of likes and retweets already!”. Exposing people to what’s happening is critical, as they’re not likely to find out on their own. Here are some other ideas to encourage your employees to share.

Offer choices, but not too many

Human beings are funny creatures; we “don’t know what we want very often” according to behavioral scientist Dan Ariely but we still like to have choices—we like to feel in control of our destiny, apparently. According to Portuguese neuroscientist Antonio Damasio “all decision making is emotional.”

Keeping this in mind, don’t overcomplicate your employee advocacy program: share a handful of positive articles on your company’s Slack channel (vs. the entire list your PR agency has collected) or provide two to three copy suggestions for LinkedIn. By having a few options—and only a few—your employees will be more likely to actually follow your recommendations. Keep Damasio’s findings in mind, too: encourage sharing from an emotional place, not a financial incentive.

Framing is a well-known and foundational social science theory that refers to how societies, groups, and organizations present a concept or idea to its audience. In advertising, framing is “the way in which an offer is put in context for consumers, along with the bias and experience that each consumer brings that purchase.”

Anchoring is akin to a form of mental “benchmarking”: when a person is given a number, they often refer to that number in future thinking. For example, if I told you that most sweaters cost about $70, you’ll likely approach a future sweater purchase with this number in mind.

Both concepts are invaluable for marketers.

You can help guide your employees to frame your company brand and anchor your products and services in a way that will ultimately shape the social dialogue around your brand. If you want to be known as the sales enablement platform that lets you “have fun while you work” consider the kind of copy you pass along to your employees. Want people to think that your $15 gourmet coffee brand is a “steal”? Start using the number on social media early and often.

Want to try to counter-balance your mind’s trickery and attempts at creating too many decision-making shortcuts? You can consider applying techniques of rationality to circumvent some of your bad decision-making meanderings. You’re welcome!

Does your brand’s social media strategy need a refresh? We’ve all been there, and content planning will help. The time… 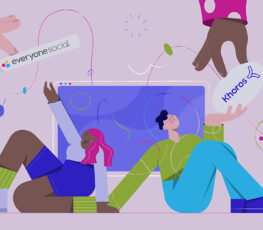 Employee Marketing: What Is It And Why It Matters

When you hear the term “marketing,” you likely think of marketing to customers and trying to persuade them to purchase… 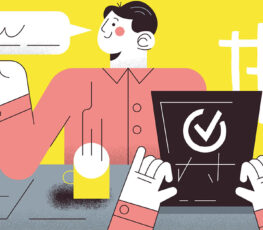 How To Build Brand Affinity Today [The Modern Playbook]

I know what you might be thinking: “Another marketing buzzword, like we don’t have enough already!”  As a marketer myself,…