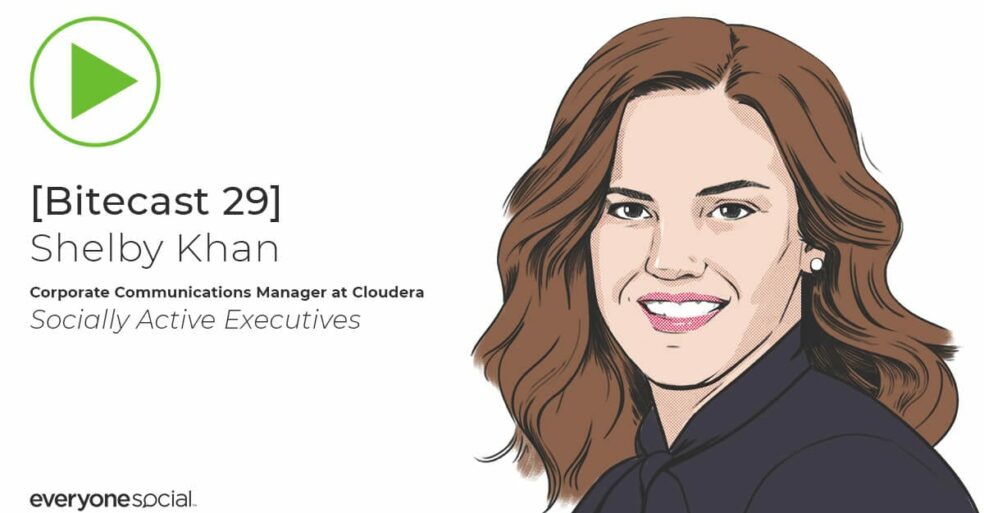 Welcome to EveryoneSocial’s Bitecast! Before we dive into the great content below, I want to briefly explain what the Bitecast is all about.

While we all love great video interviews and podcasts, we’ve found that the content is often too long. We all have busy work lives and often want the takeaway nugget upfront.

This is why the EveryoneSocial Bitecast exists. Every week, we deliver an informative and educational piece of media in a short and bite-sized format.

Is exec buy-in more a result of nature, or nurture?

How important are execs for the success of an employe advocacy program? And is exec buy-in for rolling out an advocacy platform more a result of nature, or nurture?

If you can get an exec involved and actively participating, it makes the program much easier to scale. In this week’s Bitecast, Shelby Khan of Cloudera is back to talk about the benefits of executives participating in a formal social program, and how to get them onboard in the first place.

According to Shelby, there are two kinds of executives in regards to social media. Either they’re already using social (nature) or they’re not (gotta nurture them).

Furthermore, half of the execs already using social are hesitant of an advocacy program because they fear someone in marketing will hijack their account, spam all their followers and squander the authenticity of their voice that they’ve built up. Such a scenario is as undesirable as it is uncommon however.

Perhaps counterintuitive, the best strategy for any social media manager to get executives active is to nurture the execs who are already naturally predisposed to social media in the workplace. Nurture the nature!

Even if socially engaged executives are still hesitant, more often than not they will be eager to involve many other members of their team. This is a great way to indirectly get executives involved as you can keep them updated on how their team is performing on social by tracking KPIs with an advocacy platform.

The big question many executives want to know upfront is: what is the best social media activity to positively drive brand sentiment? But what’s more important is how executive engagement as such inspires employee activation on social media.

Socially active execs are a green light for everyone else to follow their example.

Executives engaging on social media with an advocacy platform effectively scales the program without needing to explicitly incentivize other users to advocate for their brand. When executives use employee advocacy, the stable is open to the whole pasture so to speak, rather than a meagre carrot placed on a stick.

Shelby mentions a valuable aspect of having an advocacy platform that executives sometimes overlook is simply being aware of what kind of content is actually available about your company.

Even though an exec might already be active on social media, by joining an advocacy platform they will be able to quantify reach, engagement, and track all the content available for social influencing. Again, ultimately making it easier to scale the program within the company.

Enjoy this week’s episode, and if you have any questions about how EveryoneSocial can help your company join the new norm of executives on social media, don’t hesitate to reach out to the Bitecast host: cbrain@everyonesocial.com, @cameronbrain.

How Does Social Media Factor into Your Profession? W/ Paul Copley

You’re engaging with a candidate, or a prospect, or even a client, and just like that the conversation becomes uncannily… 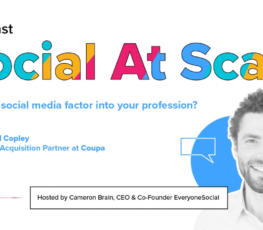 Rockstar of the Month: Tommy Benning

May, 2022 Here at EveryoneSocial, we’re celebrating more than our favorite time of the year — we’ve also got our… 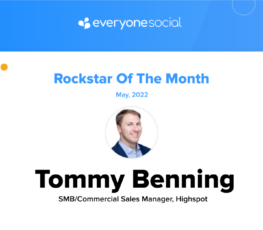 Social Media Prompts: The Key to Getting Employees to Share

I’m often asked, “How can we get our employees to share more on social media?” The answer is social media… 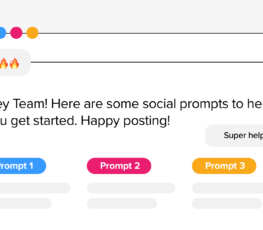