The Psychology of Social Selling

Social selling – the art of nurturing long-term relationships with contacts, influencers and customers – engages some of our highest human impulses.

And social selling involves becoming a brand advocate indirectly by acting as a resource for others.

It’s related to the familiar idea that relationships drive sales success. And connecting with others can be one of the most rewarding things we do.

First, the bottom line: It works. LinkedIn’s State of Sales report found that more than 70 percent of sales professionals use social selling tools – making them the most widely used sales technology.

Sales professionals in the study found that relationship-building tools had the highest impact on revenue, and 90 percent of the top salespeople used social selling tools.

Second: It feels good. There’s a reason why they call it “lead nurturing.” Interactions with others not only feel nurturing, they are nurturing. Social selling taps into the positive, rewarding emotions of trust, empathy and esteem.

Having positive conversations – even online – raises our levels of oxytocin. Oxytocin is a feel-good chemical, involved in trust, empathy and love, that also has all sorts of health benefits.

These positive conversations also lower stress, according to Judith and Richard Glaser of the consultancy CreatingWE Institute. In the Harvard Business Review, their description of positive and negative conversations reads like a blueprint for social selling:

Positive conversations (how to engage in social selling)

Negative conversations (what not to do in social selling):

Social selling can make us feel good because it helps us attain two of the primary human needs: a sense of belonging and the esteem of others.

Psychologist Abraham Maslow, who first defined the hierarchy of needs, said that everyone’s first requirements are for food, shelter and safety.

When those needs are met, we focus on achieving a sense of belonging from family, friends and colleagues.

Maslow, writing in 1943, didn’t consider the internet. But participating in online communities centered on our jobs and interests can provide a powerful sense of belonging.

That sense of belonging can keep us motivated when our energy flags. Our online communities cheer our successes and encourage us when we fail.

In addition, when we contribute more to these communities, we begin to build a reputation. This is where social selling can help us shine.

Sharing information that’s useful and interesting to others in a community helps to position us as influencers and thought leaders.

As others begin to view us as trusted sources of quality info, it satisfies our innate need for a sense of achievement (as evidenced by such things as likes and shares), the feeling of mastery and respect from others.

How to use the psychology of social selling for good

Let’s look beyond the basics of social selling and examine the dynamics of how to harness psychology to be even more successful. Try these three tactics:

Create a “we” to turn strangers into colleagues. Creating a community can be as easy as saying it’s so.

In one study, researchers told a random selection of test subjects that they had been scored as more politically active; those people were more likely to vote in the next election.

Another study showed that we’re highly influenced by the ways we’re labeled, for better or worse. From Taylor Swift’s Swifties to the Green Bay Packers’ Cheeseheads, we love feeling like we’re part of something bigger.

If you can come up with a fun name for your users, customers or colleagues, you’re halfway to true community.

Get a foot in the door. This sales tactic is highly suited for the world of social media. The foot-in-the-door technique involves making a small request of someone else that’s very easy to do.

Even if the request is trivial, social scientists have found that, once someone has agreed to it, he or she is more likely to say yes again to a larger request.

The common social media plea, “Please share this,” is an excellent example of the small requests that begin to form a bond and can lead to a big sales yes later on.

Unite against an enemy. People become even more committed to a group when that group is positioned against another.

This is the dynamic that drives sports fans, video gamers and politics.

The idea here is not to be negative or to denigrate others, according to Gregory Ciotti of HelpScout. “You don’t need a physical enemy; you need to be against a belief or idea in a way that resonates with your customers, he says. “Creating a unique selling proposition is as much about defining who your ideal customers are not as it is about defining who they are.”

He also cites research showing that people who have a strong relationship with a brand say that’s because they share values with the company.

Apple did this with great success in its iconic “Get a Mac” ad campaign, which personified the Macintosh as a cool guy in a hoodie and the PC as a middle-aged schlub.

Okay, they went negative – but you shouldn’t.

The best thing about social selling is that, like with so many positive things, what goes around comes back around.

Connecting and sharing creates a virtuous circle that makes everyone happy – including the sales manager.

At what point did you decide to make social a professional priority? Perhaps when you realize that your prospect or… 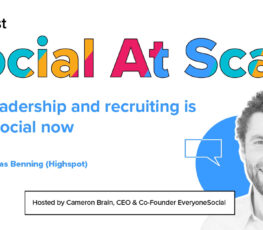 What is Sales Without Social Media? w/ Mary Shea

Sounds reasonable enough, but before you dive in ask yourself this: what’s the difference between Social Selling and Sales Social… 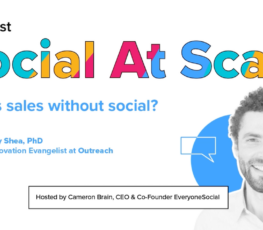 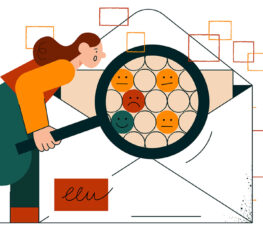