How to Convince Leadership of Employee Influencers’ Value 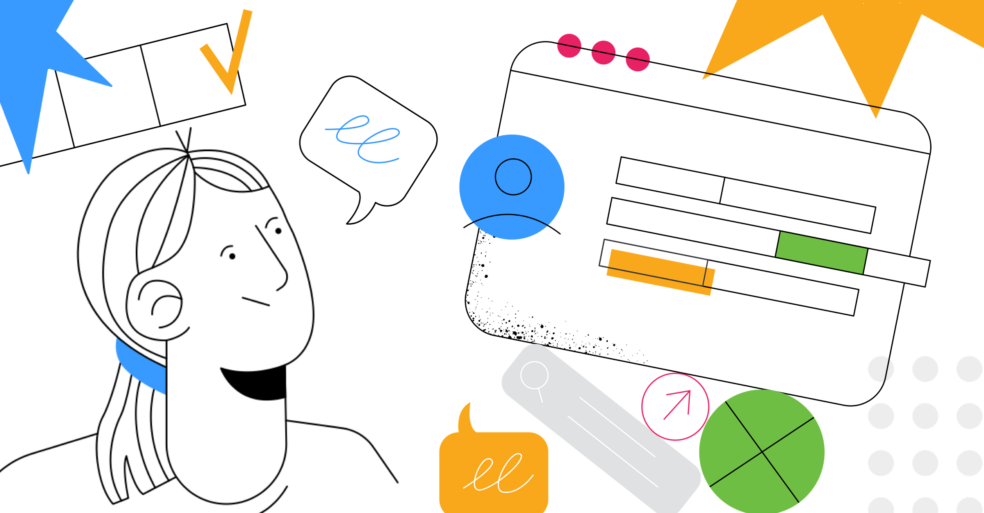 I’m the CEO & Co-Founder of EveryoneSocial, so I thought it would be best for me to take this topic on myself. 🤠

The fact is, executive support can make or break an employee influencer program.

So how do you get executives on board?

To start, let’s talk a little about what executives do and don’t care about. After all, you must first understand what someone wants in order to win their support.

What Do Executives Care About?

The #1 responsibility of executives is to increase their company’s value. After all, the bigger the increase in value, the more successful and important executives themselves will be.

And let’s be real: Executives want to be recognized as successful and important.

Executives also rely on others to “do the work” — at least the majority of it — so an exec’s currency is their support.

In fact, they’re really the gatekeepers of support in any organization.

But back to the initial point: Executives care about driving value, as much value as possible. Let’s keep that in mind.

What Do Executives Not Care About?

They don’t have time for any of these things because they need to be able to see the bigger picture.

To get an executive excited, you need to show what something could become — its potential, in other words.

And, depending on the executive, they probably don’t care too much about the details.

What’s most important is that they see the potential and trust that you can make it happen.

Why Should Executives Support Employee Influencers?

Social media is a megaphone. The more you talk about the great things your company does, the more people notice — and the more valuable your company becomes.

If that sounds too simple, I assure you it’s not.

Employee influencers aren’t only something executives should support, but the C-suite should also put in the time and effort to become influencers themselves.

Every executive has the potential to generate massive value via social media. Depending on the size of the company we’re potentially talking billions of dollars of value.

Let’s take a look at one example that our team is familiar with: T-Mobile. We’ve had the privilege of working with the T-Mobile team for a few years, and it’s a prototypical social company with more than 80,000 employees.

When we started working with them, John Legere was the CEO, and he did two things that gave the greenlight to all T-Mobile employees to be influencers.

First, he was active on social media himself, which is essential to the success of an employee influencer program.

John has 5.9M Twitter followers, and his approach to social media was professional, but also fun and personal. He’d post about 5G rollout, a new partnership, etc., but he also posted about personal stuff, including his love of slow cookers — which got more than 3 million views a week.

He even put out a slow cooker cookbook.

Secondly, he was a charismatic (dare I say) man of the people.

Personally, I’ve never seen a company of T-Mobile’s size with so much cultural alignment.

As you might imagine, these things that John did, they were infectious.

Everyone — no matter their role — wore some magenta. Everyone felt they had license to bring their personality to work. Everyone felt like they had a blazing green light to be active on social as an employee, hence the ongoing success of T-Mobile’s employee influencer program.

How much of that shareholder value was created because John was active on social? I’d wager it contributed a lot.

Who Are Some Executives Who Are Also Influencers?

John Leger isn’t the only example of an executive who embraced social media to drive value. In fact, he’s probably one of the more obscure examples

The fact is, the MOST successful executives are already social media influencers. Let’s take a look at a few.

What would Tesla or SpaceX be worth if Elon weren’t active on social media?

Would Tesla or SpaceX even exist if he weren’t?

Seriously, think about that for a minute.

While Sundar is more conservative than Elon, he’s on social media and he understands its importance.

Microsoft’s $68 billion acquisition of Activision is a HUGE bet on gaming’s future, and it’s going to be critical that the deal not get scuttled by the FTC and DOJ.

Salesforce is one of the most valuable SAAS companies of all time, and Marc has been at the helm since the beginning.

While he’s not going to win any Oscars for his posts, he’s active and social media’s value.

Like most executives, his tweets cover his personal interests, causes he supports, and, of course, Salesforce news.

I think one of things Marc shows is that you don’t have to come to social with a hard agenda — just like John Legere and his Slow Cooker Sunday show.

For an executive like Marc, it’s important to be on social for two key audiences.

The first is Salesforce employees. The company has 70,000 people, the vast majority of whom will never interact with Marc, so social provides a way for these folks to get to know their boss, his values, and his vision.

It’s more qualitative than quantitative, but Salesforce is a public company, and the fact is the market is always in search of a signal on how to value a stock.

Marc being on social adds to that signal — just as Elon and others do.

Chances are, you don’t know who Jed Ayres is. He’s the CEO of iGel, a 500-person company headquartered in San Francisco and Germany

I want to highlight Jed because he makes the point that being an executive influencer is important regardless of the size of your company.

Jed and his team have used EveryoneSocial to support marketing, sales, hiring, and everything else they needed to grow iGel over the last few years.

I asked Jed why it’s important for executives to support employee influencers and here’s what he said.

“If you haven’t embraced employee influencers, you’re missing the opportunity to get everyone in your company engaged in your mission. You’re missing out on the revolution and impact social tools can have on your business. As a former CMO and now CEO of a global software company, EveryoneSocial has been my secret weapon to help us elevate our brand and drive double and triple digit growth.”

Jed’s role, like most executives, has been to lead out front. And, like John at T-Mobile, Jed’s social media use gives the greenlight for everyone else at iGel to do the same.

Jed and team launched their employee influencer program three years ago, and since then, iGel was acquired by TA Associates and is now on track to do $1 billion in revenue in the next five years.

“The employee influencer program at IGEL is fueled by EveryoneSocial and is table stakes to sharing the vision we are driving in the market,” he said. “It is the most cost-effective and successful way for us to get our message into the hands of our customers, partners and employees.”

How Can Executives Support Employee Influencers?

None of this is rocket science.

The executive needs to simply believe that employee influencers are important and lead by example. That’s it.

We’re talking about a tiny amount of their time and brain power for something that has TREMENDOUS scale and value potential.

Have Your Executive’s Support? What’s Next?

Congrats! It’s time to get going!

One of the first things you’re going to need is a platform to organize all of your content and people and to track your progress.

A platform such as EveryoneSocial is really the only tool you’re going to need because it allows you to get your program up and running quickly while also making it easy to scale your program.

Here are a few more reasons why having a platform at the start is so important.

1. It’s where your people can find content approved for sharing.

A platform gives you one place to organize all of your approved content and messaging, which isn’t only helpful for employees, but also executives.

Being clear about what’s OK to share is critical to supporting your influencers.

2. Your platform allows you to make things fun — and even a little competitive.

EveryoneSocial includes a number of features to gamify and reward your influencers, and from what we’ve seen, executives love to compete.

In some cases the executives may want to compete with the general population. In other cases it may make sense to limit the field to simply other executives.

But competition is a proven way to get executives involved and coming back for more.

3. Your platform allows you to grow quickly and drive more value.

Remember how executives care about driving value? Well, it becomes really hard for them not to pay attention once something shows promise.

Having a platform in place allows you to leverage your early successes into growth.

Simply invite more people, and when they get into the platform, they’re going to see everything that’s already happening.

That’ll drive them to engage, and success builds on success.

How Can You Communicate Results Executives Care About?

To wrap up this post I want to talk about results — or how you’ll actually demonstrate the value your program generates.

It’s SUPER important that you communicate your employee influencer program’s value in a way executives will understand.

Fortunately EveryoneSocial does that for you. As an admin, you’ll have access to a suite of reporting dashboards, including one focused on your program’s ROI.

This dashboard highlights the total value of your program and how the value breaks down into its components, including impressions, clicks, engagements, and new followers.

On top of that, a member of our client success team will serve as your guide, reviewing data for you, talking strategy, and preparing materials for your team to share.

It’s All About Showing Value

I officially sound like a broken record, but it’s true: Getting your executive’s support is all about convincing them of employee influencers’ value — and showing them that value.

Fortunately the trend is your friend: Employee influencers are here and only going to become more important.

So hopefully your executives are already using social themselves. If that’s the case, you’ve got a clear path to get their support.

Want to talk? Reach out. We’d love to chat.

How Employees Empower the Network Effect on Social Media

Today, employee advocacy is critical to companies’ success, as they seek to leverage employees’ voices and networks to build employer… 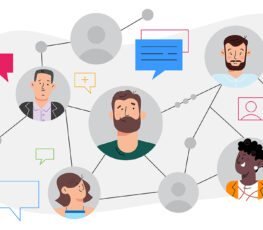 Have you ever traveled to Japan and seen an NTT branded manhole cover?According to today’s guest Grant Byington of NTT… 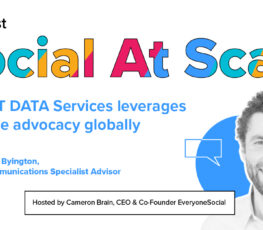 Getting Your Employee Advocacy Flywheel Going

It’s no one’s job to participate in an employee advocacy program — they have to want to! And it’s our… 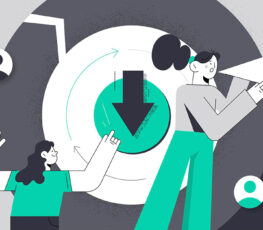