This Is Your Brain on Social Media 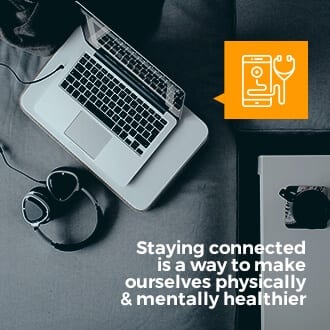 Social media isn’t just a communications technology. It’s also an exercise for the social parts of your brain.

Humans are hard-wired to be social, and positive social activity makes us not only happier but also healthier.

When we’re lonely, the level of stress chemicals like cortisol rises; chronic loneliness can lead to high blood pressure and heart disease.

On the other hand, when we enjoy strong social connections, it increases the level oxytocin, the brain chemical involved in connection, empathy, trust, generosity and sharing.

So staying connected is a way to make ourselves physically and mentally healthier and more productive. And social media can make us feel connected in a totally real way.

This chemical is produced in the hypothalamus, the brain’s hormone factory, and stored in the pituitary gland.

It plays a big role in childbirth and breastfeeding, so, for decades, it was considered only a woman thing.

However, beginning in 2004, scientists began studying its effects in humans. Researchers have found that oxytocin is released into our bodies and brains during positive social interactions of all kinds.

Oxytocin reduces activity in the amygdala, the brain structure responsible for anxiety and fear.

At the same time, it makes positive social interactions rewarding. Research shows that oxytocin plays a central role in trust – in both men and women.

While oxytocin creates those positive emotions, it also acts as a hormone. Traveling through the bloodstream, it provides loads of health benefits.

It reduces stress and inflammation, and boosts the immune system. It also just makes us feel good.

Oxytocin in our digital lives

What do canoodling and cuddling have to do with social media, you ask.

Well, one interesting thing about humans is that we don’t need to be face-to-face, IRL with someone else in order to have a genuine interaction.

Our brains are very good at filling in the blanks when we’re talking on the phone or interacting via digital device. Our brains experience digital interactions similarly to physical ones.

That means that the brain can release oxytocin in response to a Facebook like as easily as to a real one.

In one study, people’s oxytocin levels went up when they received a digital coupon. Another study found that talking on the phone with their mothers increased oxytocin in girls as much as being physically close to them did.

So, the act of sharing via social media can give employees the same benefits as a hug.

One caveat: While oxytocin has gotten a lot of buzz as the “love hormone” and the “cuddle molecule,” we do want to note that it’s not quite as simple as more oxytocin equals more trust.

The human brain is complex, and the wiring of the social brain is capable of handling quite a bit of nuance. Scientists don’t understand exactly how inhaled oxytocin affects our brains, and it’s clear that its effects depend on the type of the social interaction.

For example, a harried social-media manager who is under pressure to put out six tweets and one Facebook post a day might not get the calming benefits of an oxytocin release.

On the other hand, an engineer who’s excited to share the release of a new feature is likely to get a feel-good oxytocin jolt.

In other words, if you want your employees to feel the love when they’re posting on social media, you should make sure that they’re engaged in a positive way.

Can social sharing help your business?

Of course, sharing news about the company via social media is an important communications strategy.

But there’s another positive effect it has on employees: It can make them more trusting – and that in itself is good for business. Zak, a professor at Claremont College, found that countries with higher levels of trust also exhibit higher rates of investment and growth.

Our sophisticated brains allow us to respond to abstractions in the same way we respond to people.

So we can have an oxytocin response to a concept like our company or our community.

A company culture that fosters a true oxytocin connection with the company and with fellow employees can lead to more collaboration and trust – and that leads to better business results.

Zak, who consults with businesses interested in improving their cultures, has tested more than 5,000 employees at different companies to assess their organizations’ level of trust. He’s found that employees at high-trust companies have:

Zak says employees will have higher oxytocin levels when they understand how their work can improve others’ lives.

This understanding comes from understanding the organization’s “transcendent purpose,” as opposed to the nuts and bolts of commerce.

When employees take to social media to share the company’s transcendent purpose, it can create a virtuous circle of trust.

Within this circle of trust, employees become true advocates for your business and brand.

They feel good about spreading the word, and social sharing becomes a powerful way to not only communicate with potential clients and partners but also to create a joyful, connected company culture.

Social media could be the tool your company needs to build stronger employee bonds.

The Need For More Brand Empathy In Your Company’s Marketing

If you are in marketing, then you probably have not been able to escape the term “empathy” especially as of…

Why Your Marketing Needs Digital Storytelling To Connect With Audiences

Whether you work in the marketing department or not, you’ve probably heard more industry experts and brands focused on storytelling.… 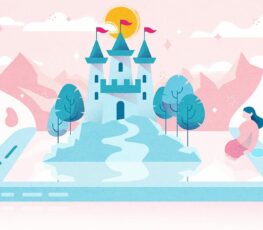 The Social Media Posts Your Employees Should Create and Share

By now, if you are familiar with our content on EveryoneSocial, you’ll know we are a big proponent of activating… 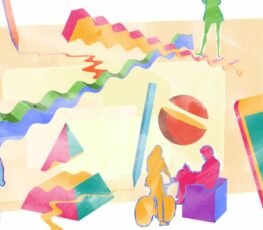 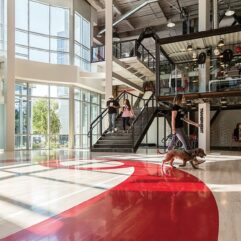 Teradata Expands Their Social Reach Over 800,000 With EveryoneSocial